I realise this blog is swiftly turning into a ‘mummy’ blog…. which wasn’t really my intention to be honest! Well not completely anyway, I do hope I have other strings to my bow (definitely did not just write ‘springs’ there and have to correct it). However, as its kind of what I ‘do’ at the moment, it does make sense to write about that side of my life most often.

This post is a bit of a combination of that and crafting, the other thing I ‘do’ at the moment along with eating cake and feeling guilty about it and wishing for a full nights sleep!

Actually, in my past life, I was a primary school teacher. Not for long, about 3/4 years in total if you include my maternity leave. So dressing up/fancy dress days are something I have experience in, but not much yet from the parenting side.

There are a fair many things I do or don’t do now that I never expected myself to ‘do or don’t do’ as a parent. I won’t go into details but some of these things involve iPads, chocolate buttons, chicken nuggets, television and ‘fun’ activities or lack of.

One of the things I’m pleased I’ve carried through is my crafty parent ‘making costumes for my children’ ideology. Really trivial but you know you have to feel proud of yourself for something!

There’s been a few dressing up days since Henry’s been at nursery, we’ve done ‘The hungry caterpillar’ and ‘Thomas’ so far.. (though that wasn’t my best as I failed to realise he needed something till the last minute!)
They are celebrating world book day on Thursday at nursery and this time we’re going for ‘Alan’ from the rather interesting children’s book ‘I need a wee!’- basically because he is a knitted character and we all know how much love I have for a ball of wool (or yarn.. but I feel a bit silly saying that for some reason). 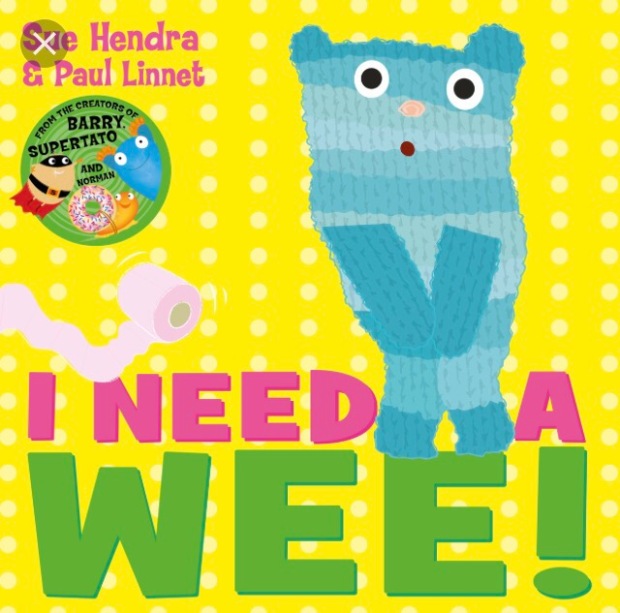 We love ‘I need a wee!’, its a simple story about a bear whose desperate for a wee but can’t find anywhere to go and the queue for the toilets is too long. We feel you Alan, especially when it’s not actually you that needs the wee but your recently potty trained 3 year old! We all know that panicky moment when you realise you haven’t actually packed a spare pair of pants or trousers.. or let’s face it shoes and socks because they don’t get saved either!

Anyway Alan somehow ends up on stage at a talent competition and wins first prize for his desperate ‘I’m going to piss myself’ jig. Best thing about winning though, is he gets a ginormous winners cup and you can guess what he uses it for… 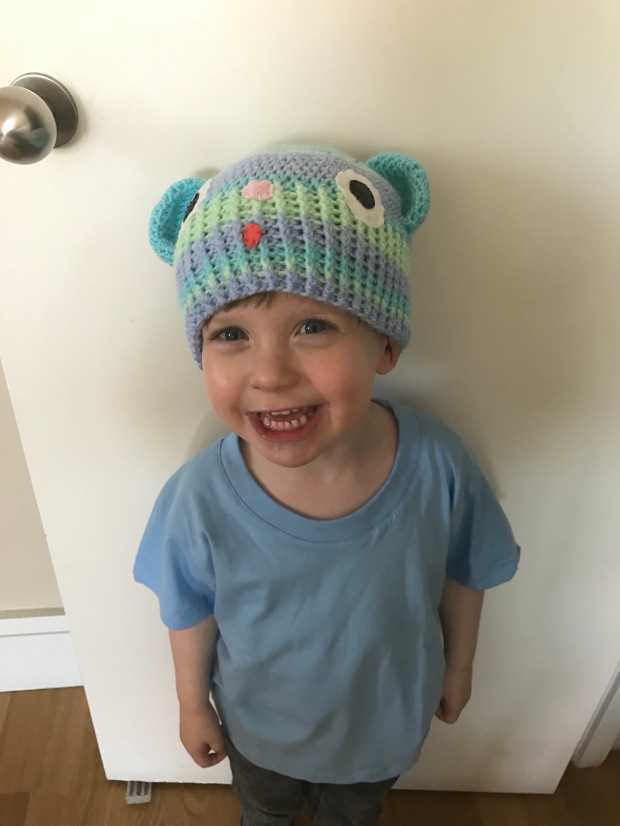 Asides from the fact the character is knitted, we chose this book because Henry actually genuinely loves it and we read it most nights, especially as he can now identify with that feeling (everyday on the 20 min walk home from nursery.) I decided to just make a hat in the colours and add the features, (I used Munch and Missy Mouse’s hat pattern, you can find it here.http://www.ravelry.com/patterns/library/chunky-pom-pom-hat-3.) then I bought a really cheap plain blue t-shirt and ta dah! Absolutely in no way a masterpiece, but seriously cute and pretty simple to do. If you didn’t know how to crochet or knit you could always just buy a cheap hat and glue on the rest! I also made a winners cup out of some yellow sheet foam I had. 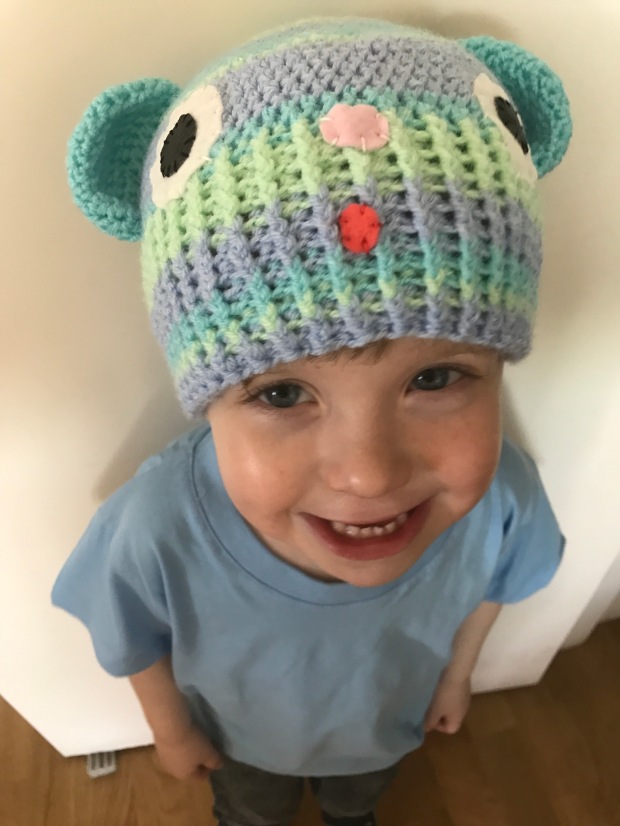 Now I know not everyone is crafty, but one thing that used to sadden me as a teacher, on world book day specifically, was the amount of children that came in with a fairy tale princess/superhero costume that was clearly hoiked out of the toy box at the last minute and quite possibly hadn’t been washed for a lonnnnnnng time! The thing that used to annoy me a bit is that the children most probably had seen that character on screen rather than in a book. To me fairy tale princesses and superheroes are more ‘film’ related than book and sometimes I didn’t feel like there was much thought in it. I know the film is adapted from a book, obviously, but the idea of WBD is to get children reading and sharing their favourites and if everyone in the class comes in as Cinderella and The Hulk there isn’t much discussion to be had!

Now please don’t think I’m judging because there are many very legitimate reasons why this may be the case in your household i.e.: too many children to be completely original, you found the screwed up letter at the bottom of a book bag on the morning, youngest child has been home with a sickness bug/chicken pox any illness that keeps you housebound and quite frankly mind numbed to the core (although this may be a good excuse to get crafty.. just sayin 😉), your school does FAR too many dress up days or you have a tiny baby to name a few.

Also if your child is absolutely desperate to go as said character then give the child the screwed up costume and breathe a sigh of relief for the tantrum you just avoided!!

But if you are prepared, have a bit of time and your child does genuinely love a specific character or theme, then there’s a few ways you could think outside the box. Not saying you even have to get making there’s some pretty good costumes in the shops too and cheap!

So if you have been thinking about what to dress your child as for world book day, or any dressing up day, here are a few ideas I’ve picked out that might help with last minute dilemmas. There are a few, both hand made and shop bought, and I would love to hear what character your child decided to go as! 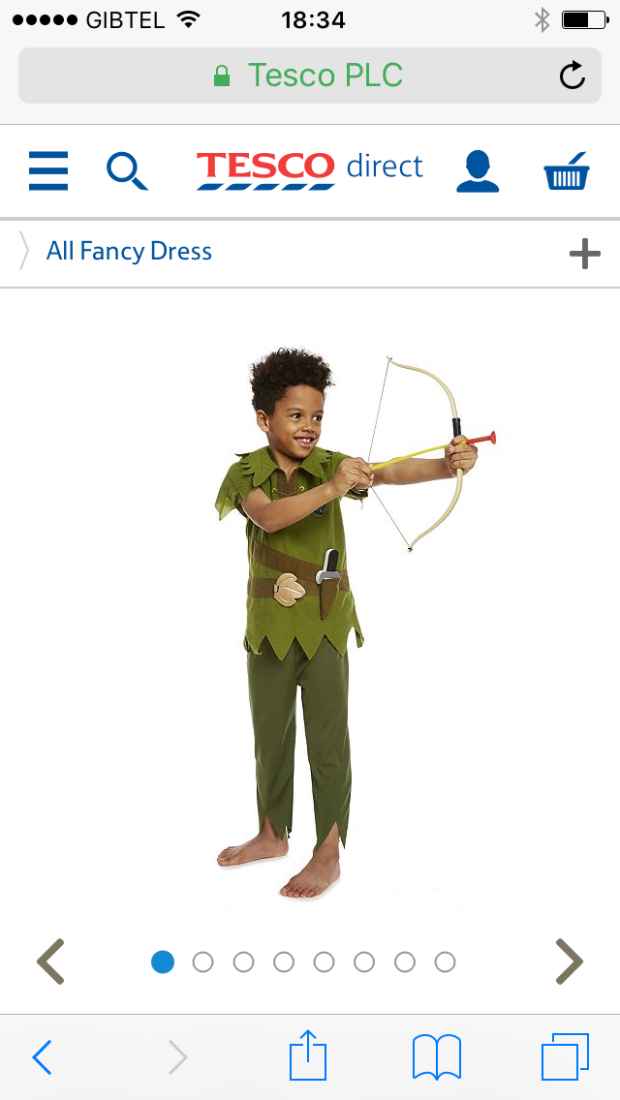 5 thoughts on “Fancy dress, world book day and beyond…”

This is a text widget. The Text Widget allows you to add text or HTML to your sidebar. You can use a text widget to display text, links, images, HTML, or a combination of these. Edit them in the Widget section of the Customizer.